Have You Seen Barbie’s New Body? 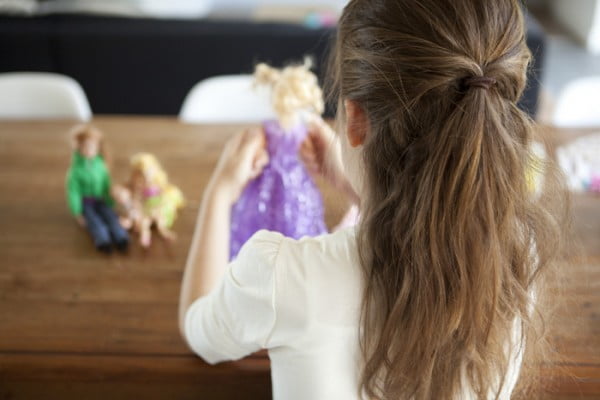 2016 is shaping up to be a great year for Mattel’s iconic Barbie and those who love her. The famous toy manufacturer recently announced that Barbie dolls will now be available in more shapes, including curvy, petite, and tall body types.

Steps in the right direction

Barbie is no stranger to controversy, with her unrealistic body proportions and lack of diversity coming under fire in recent years. The public demanded dolls that children could look up to and see themselves in—and Mattel is finally beginning to answer that call.

With these new additions to the Barbie line, America’s favorite doll is now available in four distinct body types, seven skin tones, 22 eye colors, and 24 hairstyles. While Mattel has introduced increasingly diverse dolls within the last decade, this is the most dramatic change that has been made since Barbie’s first debut in 1959.

Mattel’s new commitment to diversifying Barbie’s signature look comes on the heels of decreasing sales and criticism for promoting an unrealistic beauty standard to children—a standard that has been shown to contribute to lower self-esteem and lack of body positivity among young girls exposed to Barbie.

As a woman, mother, and plastic surgeon, I am pleased to see more body diversity among Barbie dolls. While Barbie’s latest makeover not only provides children with options that look a little more like the people around them, it also shows the cultural paradigm is shifting toward body positivity and acceptance of a greater range of body types.

While the new dolls are a very welcome addition to the “original” Barbie body, only the curvy dolls come closer to true female proportions. Additional body shapes could be introduced to better represent the diversity of women and the female form—not to mention the inclusion of dolls who depict physical disabilities.

Other doll companies, such as British toymaker Makie, have already worked toward creating more inclusive dolls—and they have been lauded for their efforts to develop toys that children can truly connect with. Makie creates customized, 3D-printed dolls that include a variety of accessories, such as walking canes, cochlear implants, glasses, and wheelchairs. As one of the top toy companies in the United States, Mattel could learn from the efforts of their smaller competitors.

I look forward to seeing how Barbie continues to evolve and hope Mattel rises to the challenge of designing dolls that help children understand that variety truly is beautiful.

More in In The Media