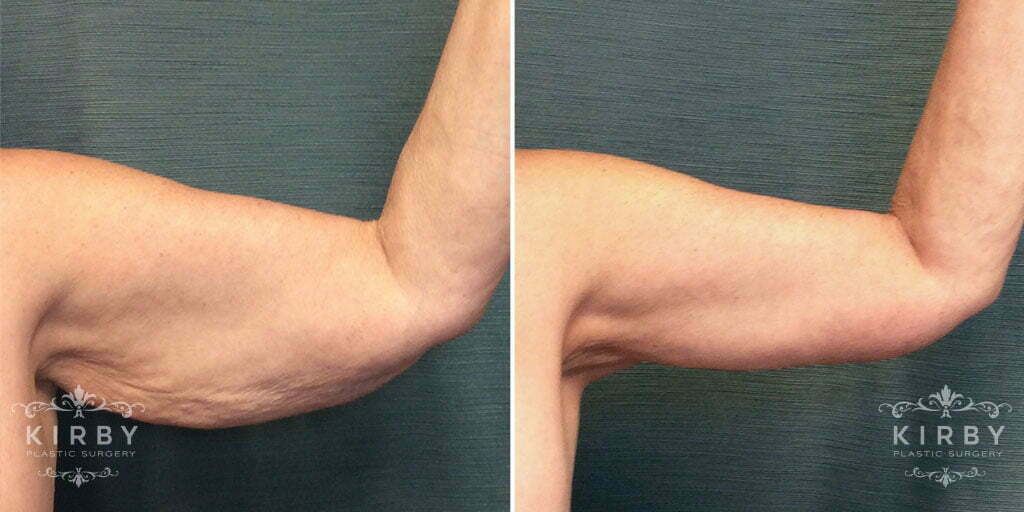 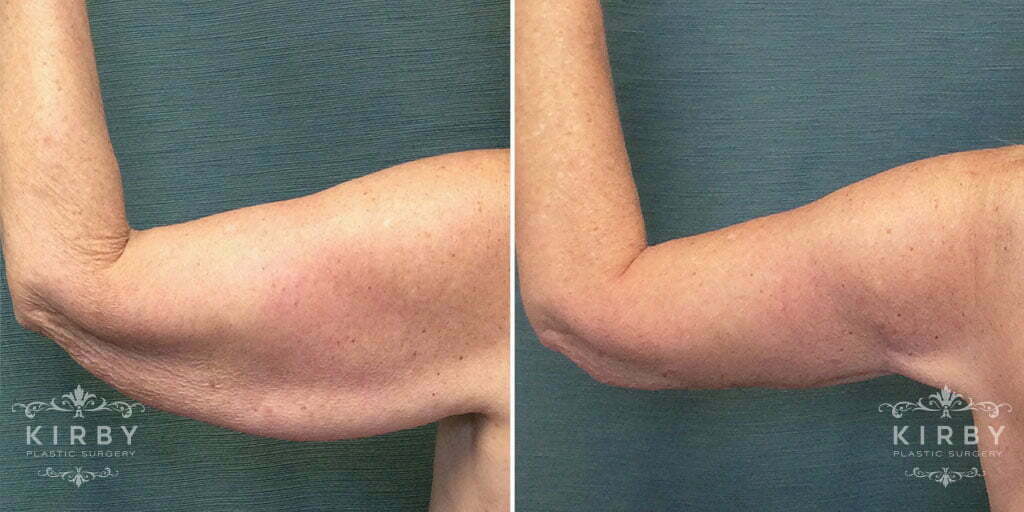 A 56 year-old female with one breastfed child underwent multiple bariatric procedures, including a lap band in 2003 as well as a duodenal switch in 2013. She had lost 85 pounds since the duodenal switch in 2013. She wanted to lose more weight, however, she said that her primary care provider told her this was not wise. She had been at her current weight for 6-7 months when she chose to undergo Brachioplasty, an upper arm lift.

**Individual results may vary. You will be able to see more patient before and after photos during your consultation.